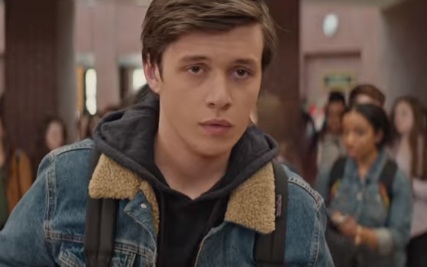 20th Century FOX has released the trailer for the upcoming coming-of-age drama Love, Simon, based on Becky Albertalli’s acclaimed novel of the same name.

Written by Isaac Aptaker & Elizabeth Berger and directed by Greg Berlanti, the film revolves around 17-year-old Simon Spier, who wants to tell his family and friends he is gay and find out the identity of the anonymous classmate he has fallen for online. Resolving both these “issues” proves “hilarious, terrifying and life-changing”, according to the official synopsis. With a cast ensemble including Nick Robinson, Jennifer Garner, Josh Duhamel, Katherine Langford, Jorge Lendeborg, Alexandra Shipp, Miles Heizer, Keiynan Lonsdale, Logan Miller, and Tony Hale, Love, Simon is described as “a funny and heartfelt coming-of-age story about the thrilling ride of finding yourself and falling in love”.

The song used in the trailer, which carries the message “This march experience a love story that must come out”, is
the 2017 single “Surrender” by Cincinnati based indie-pop outfit Walk the Moon, from their third album, “What If
Nothing”, released earlier this month, on November 10.