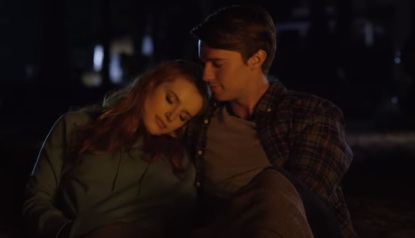 Bella Thorne and Patrick Schwarzenegger star in the upcoming romantic movie “Midnight Sun”, scheduled to be released on March 23, 2018.

Based on the 2006 Japanese movie of the same name, the film tells the story of a teenager named Katie who suffers from photosensitivity and, for that reason, she lives hiding from the sunlight. When she meets Charlie, whom she’s secretly watched from her bedroom window for years, she falls in love with him and their romance takes place after the sunset.

The song used in the trailer is “Spirits” by the Canadian rock band The Strumbellas, included on their third album, “Hope”.