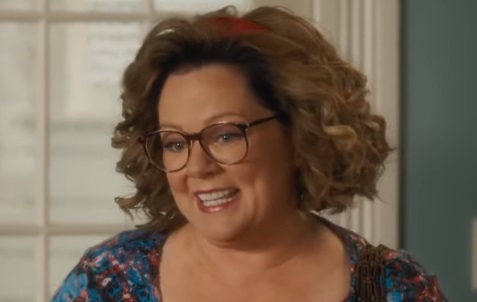 Melissa McCarthy is a single mom going back to college in the upcoming comedy film from Warner Bros., Life of the Party.

Directed by Ben Falcone based on a script co-written by Falcone and McCarthy, the movie follows Deanna (McCarthy) a housewife who, after being dumped by her husband, decides to pursue her dream of graduating college and so she goes back to college, college that happens to be the same her daughter attends. There, Deana, turned “Dee Rock”, finds her true self throughout a journey full of fun, frat boys, and challenges that she must deal with.

The trailer opens with McCarthy’s character, unexpectedly left by her husband, collecting all his things from around the house and setting them on fire in the backyard. She gets a makeover from her daughter, played by Molly Gordon, and shocks her best friend, Maya Rudolph, with her passionate affair with a fellow student in the campus library.

The song used in the trailer is the 2015 hit single “The Wild Life” by American singer-songwriter, rapper, and record producer Outasight (Richard Andrew by his real name), from his second studio album, “Big Trouble”.