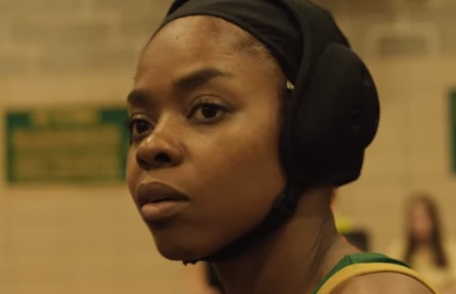 Netflix has released the official trailer for its upcoming film “First Match”, which marks the first feature film for writer/director Olivia Newman.

From producers Chanelle Elaine, Veronica Nickel and Bryan Unkeless, this emotional, gritty drama follows Monique (Elvire Emanuelle), a teenage girl from Brooklyn’s Brownsville neighborhood who, after having spent several years in foster care, decides to join the all-boys’ high-school wrestling team in her attempt to impress and connect to her estranged father (Yahya Abdul-Mateen II), recently released from prison. She soon proves she has a talent for this sport and that she doesn’t give up without a fight.

The trailer features Monique, aka Mo, navigating a men’s world, participating at matches, and juggling her personal struggles. “Listen, you will be a legend. And not just in some high school yearbook.” her father tells her one night, before an event. The pressure from the team’s coach does not lack, since he states “there’s no such thing as losing”. “There’s only winning and learning.” he also tells the young wrestlers in one of the scenes. At the end of the trailer, Mo is told “Now you’re gonna sink or swim”.

The film will have its world premiere at SXSW on March 12 before launching on Netflix on March 30.