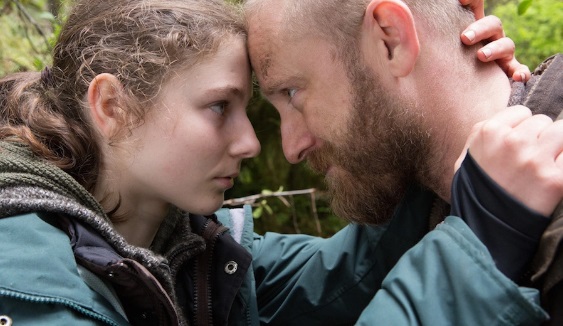 Ben Foster and Thomasin Harcourt McKenzie star in the upcoming drama movie “Leave No Trace”, scheduled to be released on June 29, 2018.

Based on Peter Rock’ book “My Abandonment” and directed by Debra Granik, the film tells the story of a father that is forced to live with his thirteen-year-old daughter in the in the Oregon wilderness.

The song playing in the trailer is The Maze by Manchester Orchestra (Album: A Black Mile to the Surface).