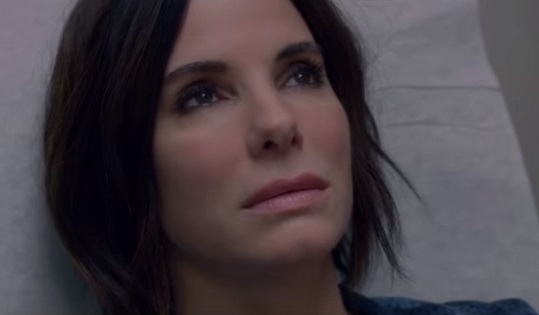 Based on the 2014 novel of the same name by Josh Malerman, the film is set in a post-apocalyptic world, in which a mysterious force decimates the population by determining people to take their lives after seeing it. Malorie (Sandra Bullock), a mother of two, must flee with her two children down a treacherous river to the one place left that may offer sanctuary. But to survive, they’ll have to undertake the perilous two-day journey blindfolded.

The trailer opens with Bullock’s character waking up blindfolded in a forest and, as she’s hearing one of her kids ringing the alarm he’s having on him, screaming from the top of her lungs “Please don’t take my children!” to the voices that ask her to open her eyes. The trailer then has a new opening, with her pregnant, at the hospital, with a doctor doing an ultrasound and her sister, played by Sarah Paulson, near her. The latter causes a car accident when the mysterious force makes its presence felt in the city and Bullock’s character embarks on a dangerous journey to get her two kids to a safer place.