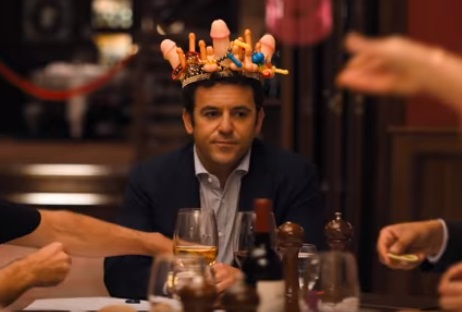 Netflix has released a trailer for its original comedy series Friends From College, announcing the premiere date of season 2.

The show, created by Francesca Delbanco and Nicholas Stoller, revolves around a close-knit group of Harvard alumni in their 40s as they navigate their ambitious yet clumsy and romantically intertwined lives in New York City, twenty years after graduation.

The trailer features Max revealing to his partner that he doesn’t know why he invited “all those people” to Sam’s party, referring to Ethan, Sam, Lisa, Mariane, who will be all together in the same place for the first time since Stan’s 40th anniversary. “They’re your best friends for some reason,” Felix tells Max, trying to make him relax a little bit. “You’re right, you’re right. They are really great people,” Max says, which makes Felix reply “Well, I didn’t say that” and add “They’re gonna be on their best behavior”.

The trailer also gives viewers a glimpse into the group’s adventures, which include a stripper on the plane, a dinner party that seems ruined for Max, a night out in the nightclub, Ethan being accidentally thrown down the stairs by a door open, and more.

Season 2 of Friends From College launches on the streaming service on January 11, 2019.