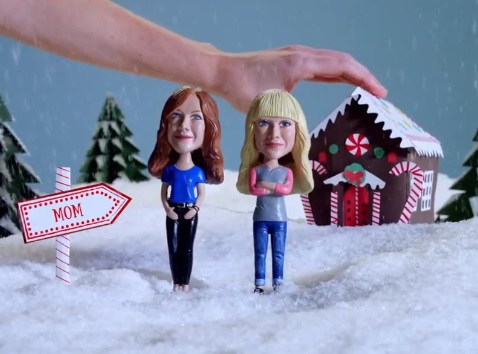 “Tis the season for warm wishes from all of us at CBS. It’s a time to believe. A time for family. A time for laughter. And staying up late. And later. A time to come together. And play. From all of us at CBS, have a holly, jolly bubbly holiday,” the voiceover says on the 30-second video, which features bobbleheads illustrating characters from the network’s shows, such as the cast of The Big Bang Theory, of God Befriended Me, Jay Hernandez’s character on the reboot of crime drama series Magnum P.I. (which aired from 1980 to 1988), as Thomas Magnum, a private investigator living in Oahu, Hawaii, Tom Selleck’s character – Frank Reagan – on the NYC-based police procedural fictional drama series Blue Bloods, Anna Faris and Allison Janney’s characters on the comedy sitcom Mom, from Executive Producer Chuck Lorre, who are a dysfunctional daughter/mother duo, and more.

Actors and presenters on Young Sheldon, Stephen Colbert, The Late Late Show with James Corden, The Neighborhood, CBS Sports, The Price is Right, and NCIS are also featured.

The soundtrack music is the 2015 song “Bop and Bounce” by London based composer and producer Jay Price, from his 2015 album, “Be Happy”.