2016 Documentary: Before the Flood – Leonardo DiCaprio 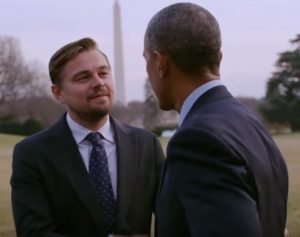 The trailer for Leonardo DiCaprio’s documentary about the climate change, titled Before the Flood, has been released by National Geographic Channel.

President Obama, Elon Musk, and Pope Francis are only a few of the personalities featured in the film produced and narrated by DiCaprio.
Climate change must be a top issue for voters this Election Day, as it is the most critical and urgent problem facing our world today, said DiCaprio.
Before the Flood is scheduled to be released on October 21.