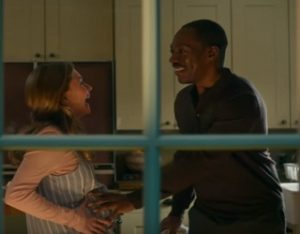 Mr. Church is an upcoming drama starring Eddie Murphy as a talented cook who forms an incredible strong bond with the little girl and her dying mother to whom he provided his services. Contracted initially for a six-month period, Mr. Church remains in the little girl’s life for fifteen years, becoming a true friend for her.

The film is directed by Bruce Beresford and stars also Britt Robertson, Natascha McElhone, Lucy Fry, Xavier Samuel and others.
Its release in US theaters is scheduled for September 16.
The song playing in the official trailer is “Tonight” by Secret Nation.