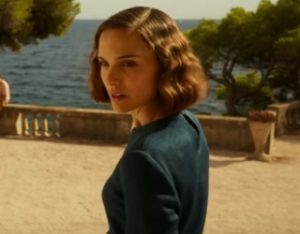 Planetarium is an upcoming French-Belgian drama following two sisters believed to possess the ability to talk to dead, who meet a film producer while performing in Paris, in pre-war France.
Directed by Rebecca Zlotowski, the film stars Natalie Portman and Lili-Rose Depp in the title roles, Louis Garrel, Emmanuel Salinger, Amira Casar, Pierre Salvadori and others.

Planetarium will premiere at the Venice Film Festival and will be released in theaters on November 16.
The song playing in the official international trailer is “My Tunnels Are Long And Dark These Days” by Asaf Avidan.