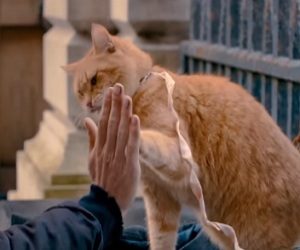 From the director Roger Spottiswoode comes, this Fall, A Street Cat Named Bob, telling the story of how a a street musician and recovering drug addict changed his life after having found in his house a stray ginger cat.
Based on James Bowen’s international best selling autobiographical book of the same name, the film stars Bob, Luke Treadaway, Ruta Gedmintas and is scheduled to be released in November.
The soundtrack music is all original, by Charlie Fink featuring Luke Treadaway.