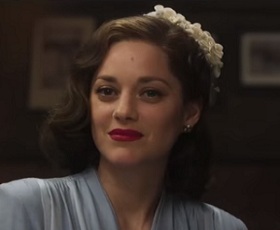 Brad Pitt and Marion Cotillard have fallen for each other, but not in real life. The two actors have teamed up for the upcoming American romantic thriller Allied, to inhabit the characters of intelligence officer Max Vatan and French Resistance fighter Marianne Beausejour.
Set in 1942, North Africa and London, the film shows how Vatan and Beausejour are on a dangerous mission behind enemy lines and how the pressure of the war threatens their relationship.
Directed by Academy Award Winner Robert Zemeckis, Allied stars also Lizzy Caplan, Matthew Goode, Jared Harris, Jared Harris, Anton Lesser, August Diehl, Charlotte Hope and others and is scheduled to be released in US theaters this fall, on November 23.