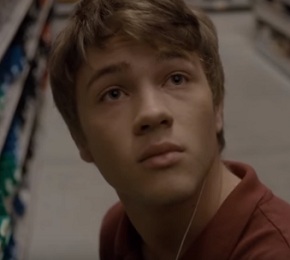 Closet Monster, the Canadian drama which won the award for Best Canadian Feature at the Toronto International Film Festival, tells the story of a teenager hiding his homosexuality.
The director Stephen Dunn, who wrote the script and made his directorial debut with Closet Monster, put into light the teenager’s feelings and the way he has to deal with them: attraction towards one of his co-workers, fear in relation to his macho father, desire to become a special-effects make-up artist and to escape his hometown.
The film, starring Connor Jessup, Aaron Abrams, Isabella Rossellini, Aliocha Schneider and others, went into general theatrical release in July 2016.
The track used in the official trailer is “Bitch” by Alie X.