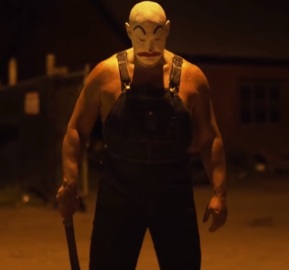 Clown Town is an upcoming horror movie following a group of friends who get stranded in a seemingly abandoned town and find themselves stalked by a gang of violent psycopaths dressed as clowns.

Written by Jeff Miller and directed by Tom Nagel, the film stars Brian Nagel, Lauren Elise, Andrew Staton, Katie Keene, Jeff Denton and is scheduled to be released in theaters on September 30.