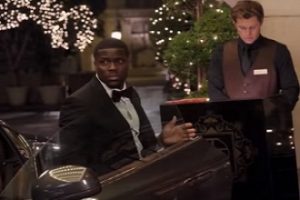 What Now is Kevin Hart’s stand-up comedy show filmed outdoors, in front of 50.000 people at Philadelphia’s Lincoln Financial Field.
The official trailer for the documentary features the comedian saying “Everybody follows me knows that all my comedy comes from a real place. I’m alive. I’m still experiencing shit, which still means I have stuff to talk about” and also on the stage, in front of his fans, making them laugh with his speech.
The trailer features also Halle Berry in one of the scenes, saying to Hart “I’m Halle Berry. I don’t get messed up”.
The track playing in the background is “The Prayoff” by Royal Deluxe.