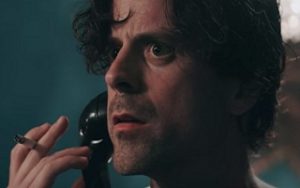 The thriller Malibu Road tells the story of a professor of psychology at UCLA who takes one of his students to a Malibu hotel, where they go on a psychedelic experience after ingesting LSD. It is also a story of sex, drugs and murder, as their experience takes a deadly turn during the New Year’s Eve 1960.
Directed by Montgomery Markland, the film stars Montgomery Markland, Jessica Jade Andres, Benita Robledo, Lillian Solange, Rachel Noll, Steven Shaw, Ryan Caldwell, Hunter Smit, Eddie Staver and Rob Evans.
The song playing in the trailer is “My Blue Heaven (Mi Cielo Azul)” by Juan Garcia Esquivel.