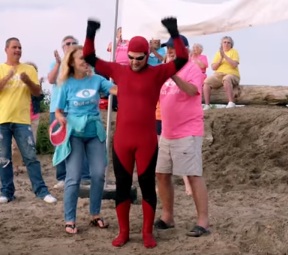 My Blind Brother is an upcoming comedy centered around the rivalry between an ambitious blind athlete and his resentful brother as they both fall in love with the same woman and try to win her heart.

Directed by Sophie Goodhart, the film stars Adam Scott, Nick Kroll, Jenny Slate, Zoe Kazan and Charlie Hewson and will be released in theaters on September 23.
The song playing in the official trailer is “Confused” by the Canadian indie rock band Yukon Blonde.