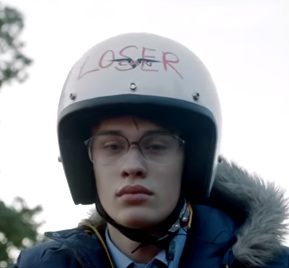 The Beat Beneath My Feet is a film centered around a teenage boy bullied by his high-school colleagues and his neighbor, who is actually a former Rock “God” believed to be dead and owing a fortune in unpaid tax. The youngster forces the latter to give him guitar lesson in exchange for his silence.

The cast includes Nicholas Galitzine and Luke Perry in the leading roles, Lisa Dillon, Verity Pinter, James Tarpey, Ian Virgo, Ewen MacIntosh, Elisabeth Hopper and others.
Directed by John Williams, the film features original songs by Paul Cartledge, Geoff Jackson and Philip Jewson, and loads up on a mix of British and Irish indie music, much of it recorded live.

Tags: luke perry 2016the beat beneath my feet