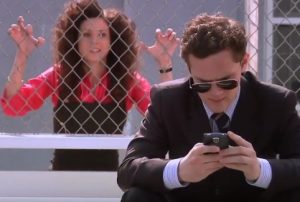 Dennis Hopper returns to the silver screen as a failing film producer able to do anything to get his film distributed in the upcoming drama titled The Last Film Festival. After his long and luxurious career, Hopper, who inhabits the character of Nick Twain, has to come with a hit so he shows up at the small town of O’Hi, dragging Hollywood’s most desperate with him.

Written and directed by Linda Yellen, the film stars also Leelee Sobieski, Katrina Bowden, Chris Kattan and Jacqueline Bisset.
Regarding its release in theaters, a specific date has not been set so far as the movie is seeking financial support to fully complete.