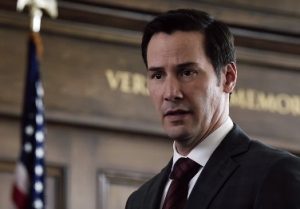 Keanu Reeves returns to the silver screen as Defense attorney Richard Ramsay in the American thriller The Whole Truth, directed by Courtney Hunt. The case Ramsay works on is though as he has to defend a teenager suspected of murdering his rich father.

The film stars also Gabriel Basso as Mike Lassiter, the youngster at trial, Renée Zellweger as Mike’s mother, Jim Belushi as Mike’s father and Gugu Mbatha-Raw as a younger lawyer.
The Whole Truth will be released in US theaters and On Demand October 21, 2016.