2016 Movies: Trespass Against Us (Trailer Song) 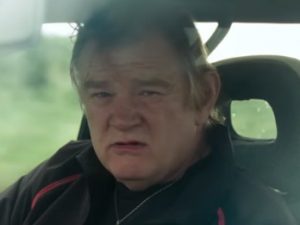 2016 Movies: Trespass Against Us

From director Adam Smith comes Trespass Against Us, a British crime drama film about a man trying to find a way to escape the criminal ways of his outlaw family.
The movie, selected to be screened in the Special Presentations section at the 2016 Toronto International Film Festival, stars Michael Fassbender, Brendan Gleeson, Sean Harris, Lyndsey Marshal, Rory Kinnear, and Killian Scott.
It will be released in the UK theaters this fall, on November 16. In the US it will be released by A24 Films.
The song playing in the background has the following lyrics: “Darling, please listen and understand this song”.

Tags: A24 Filmstrespass against us