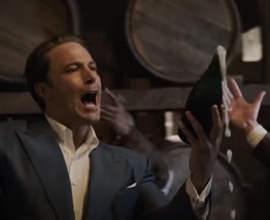 Live by Night is an upcoming drama action film directed by Ben Affleck and produced by Leonardo DiCaprio, scheduled to hit theaters on January 13, 2017.
The movie is based on Dennis Lehane’s 2012 novel of the same name, about the son of the Boston Police Superintendent, who moves to Tampa, Florida, and becomes a notorious gangster.
Live by Night stars Affleck in the title role, Chris Messina, Sienna Miller, Brendan Gleeson, Zoe Saldana, Chris Cooper and Elle Fanning.
The track playing in the trailer is Hozier’s single “Arsonist’s Lullabye”.