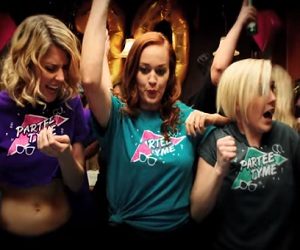 A new trailer has been released for the upcoming comedy drama Dirty 30, centered around the party organized for the 30th anniversary of one of the main characters, Kate.
Her two lifelong friends Evie and Charlie decide to invite also people with whom they went to highschool with, and thus what was supposed to be a simple celebration turns into a wild who’s who of past and present and things spiral out of control.
Directed by Andrew Bush, the film stars Grace Helbig, Mamrie Hart and Mamrie Hart in the title roles, Kelen Coleman, Andy Ridings, Matt Dellapina, Drew Monson, Anna Akana, Chester See, Josh Leyva and others.
Its release in theaters is slated for September 23.
The track used in the trailer says that “I don’t wanna wait, I don’t wanna dance”.