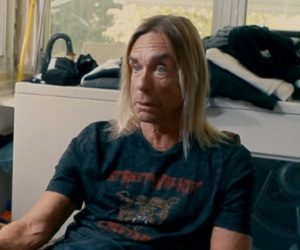 Gimme Danger is a documentary film directed by Jim Jarmusch about the band The Stooges. Jarmusch recounts the hard-rocking history of Iggy Pop and The Stooges, who burst out of Michigan in the late ’60s with a savage and endlessly influential fusion of rock, blues, R&B, and free jazz.
The film features interviews with Jim Osterberg (Iggy Pop), Danny Fields (former Stooges manager), Scott Asheton (drums), Ron Asheton (guitar), James Williamson (guitar), and footage from their youth, concerts and other events.
Shown in the Midnight Screenings section at the 2016 Cannes Film Festival, Gimme Danger is scheduled to be released on October 28, 2016.
The track used in the trailer is “I Wanna Be Your Dog”.