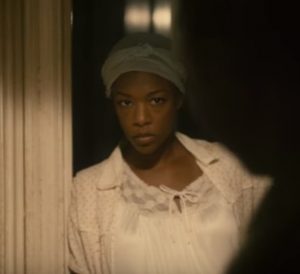 37 is an upcoming drama about the night Kitty Genovese was raped and stabbed to death in 1964, outside of her home in Queens, where 37 neighbors witnessed the murder, but failed to call the police.

The film is told from the perspectives of a group of families that chose not to get involved for fear.
Written and directed by Danish filmmaker Puk Grasten, making her feature directorial debut, 37 stars Christina Brucato as Kitty Genovese, Samira Wiley, Michael Potts, Maria Dizzia, Jamie Harrold, Thomas Kopache, Lucy Martin, Adrian Martinez, Sophia Lillis, Marquise Gary.
The release in theaters and on VOD is scheduled for October 7.