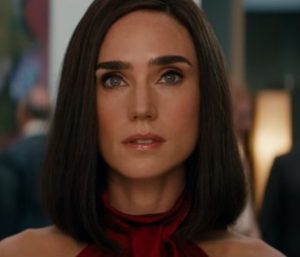 Ewan McGregor makes his directorial debut with American Pastoral, a crime drama film set in 1960s America, about a man whose seemingly perfect life falls apart because of his daughter’s new political affiliation.
Based on Philip Roth’s 1997 novel of the same name, American Pastoral stars McGregor in the leading role, as a successful Jewish American businessman, Jennifer Connelly as his wife, Dakota Fanning as their daughter, Valorie Curry, Uzo Aduba, Rupert Evans and others.
The movie was released in the US theaters on October 21.
The track used in the trailer is “Mad World” performed by Jasmine Thompson.