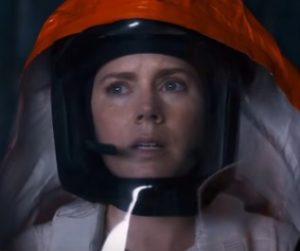 Amy Adams plays an expert linguist leading an elite team who investigates mysterious spacecrafts landed on Earth in the upcoming sci-fi drama film Arrival.
Based on Ted Chiang’s short story “Story of Your Life”, the movie follows the linguist, Louise Banks, as she and her team search for answers and make decisions that could put their lives and possibly humanity at risk.
Arrival is directed by Denis Villeneuve and stars also Jeremy Renner, Michael Stuhlbarg, Forest Whitaker, Mark O’Brien and Tzi Ma.
Its world premiere took place at this year’s Venice Film Festival, on September 1. Its release in the US theaters is slated for November 11.