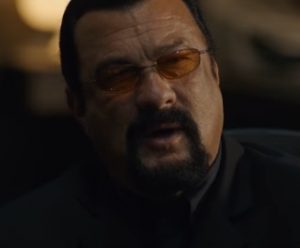 Steven Seagal returns to the silver screen as a CIA/DEA enforcer investigating Arab terrorists captured in Mexico in the upcoming action thriller Contract to Kill. After discovering a brutal plot, he and his team members, FBI agent Zara Hayek and spy-drone pilot Matthew Sharp, must prevent an attack on America by Islamic extremists.
Written and directed by Keoni Waxman, the film also stars Russell Wong, Jemma Dallender, Ghassan Bouz, Camillo Aviles, and Romanian actors Sergiu Costache, Toma Danila, Andrei Stanciu, Radu Andrei Micu, Ioana Mosneagu, Ioachim Ciobanu, Mihai Nicolae Ungureanu and others, who played Turkish characters. Several scenes have been filmed in Romania, at Constanta, a city from the seaside.
Contract to Kill is scheduled to be released in the US theaters on December 9.