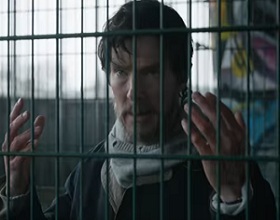 Benedict Cumberbatch is the world’s top neurosurgeon, who, after a career-ending car accident, discovers a world of magic and alternate dimensions, in the upcoming superhero film Doctor Strange.
Directed by Scott Derrickson, who was also co-writer, with C. Robert Cargill, the movie stars also Rachel McAdams, Benedict Wong, Chiwetel Ejiofor, Benjamin Bratt, Michael Stuhlbarg, Mads Mikkelsen, Scott Adkins, and Tilda Swinton.
On October 13, it premiered in Hong Kong and will be released in the US theaters on November 4.