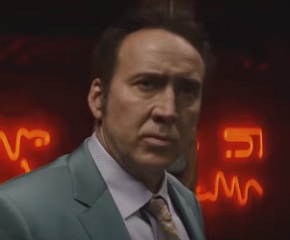 Dog Eat Dog is an upcoming American action drama film directed by Paul Schrader, about a group of ex-convicts hired by a Cleveland mafioso to abduct a rival mobster’s kid.
The movie is based on Edward Bunker’s 1995 novel of same name and stars Nicholas Cage, Willem Dafoe, Paul Schrader, Louisa Krause, Omar Dorsey, Melissa Bolona and others.
Its release in theaters in slated for November 11, 2016.
The track playing in the official trailer is “Freak Out” by John O’Brien-Docker.