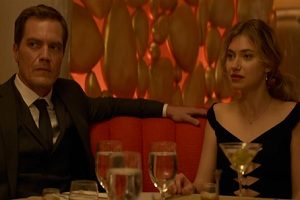 Frank & Lola is a drama film tackling with issues like love, sex, betrayal, obsession, revenge and redemption, with Michael Shannon and Imogen Poots in the leading roles.
Written and directed by Matthew Ross, the movie is set in Las Vegas and Paris and centers around Frank, a chef in Las Vegas who falls in love with Lola, an aspiring fashion designer new to the city. Their seemingly perfect relationship is threatened when a man from Lola’s past shows up, bringing secrets to the present.
The cast includes also Michael Nyqvist, Justin Long, Emmanuelle Devos, Stella Schnabel, Rosanna Arquette, David Atrakchi, and others.
Frank & Lola premiered at the 2016 Sundance Film Festival on January 27, and will be released in the US theaters on December 9.