2016 Movies: Keeping Up with the Joneses 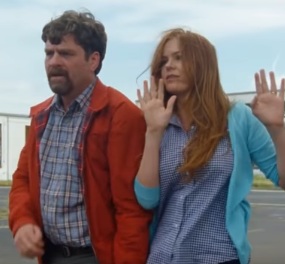 Keeping Up with the Joneses

Zach Galifianakis and Isla Fisher are a suburban couple suspecting their new neighbors are spies in the upcoming action comedy film Keeping Up with the Joneses.

Written by Michael LeSieur and directed by Greg Mottola, the movie features the “normal” couple becoming embroiled in an international espionage plot when they discover that the Joneses are governmental secret agents.
The cast includes Jon Hamm and Gal Gadot as the Joneses, Maribeth Monroe, Michael Liu, Matt Walsh, Ari Shaffir, Patton Oswalt, Kevin Dunn, and Jona Xiao.
The release in the US theaters is scheduled for October 21.