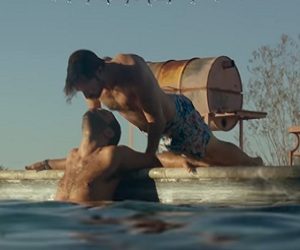 Lazy Eye is an indie drama written and directed by Tim Kirkman, centered around two gay men who reconnect after 15 years apart. They spend a weekend together at a house in the middle of the desert and talk about life, art, sex, love, marriage, having kids, work, the ethics of lying, the pull of creativity versus the lust for security, and about their feelings for each other, after all this time.
The film stars Lucas Near-Verbrugghe, Aaron Costa Ganis, Michaela Watkins, Drew Barr, Debbie Jaffe, Michael Rubenstone, Harrison Givens, and Renée Willett, and is scheduled to be released in US theaters on November 11.