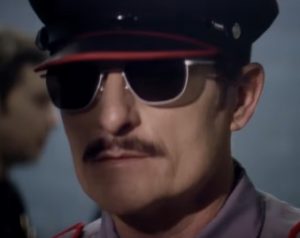 Officer Downe is an upcoming action film centered around a Los Angeles policeman who is repeatedly ressurected via dark science tecnology and returned to active duty, and a rookie officer recruited as backup, who makes a terrifying discovery.
The movie, adapted from the 2010 graphic novel by Joe Casey and Chris Burnham, and directed by Michael Shawn Crahan, stars Kim Coates, Tyler Ross, Lauren Luna Vélez, and is scheduled to be released on November 18.
The track used in the trailer is “Voodoo (Fight the Power)” by the band The Seige.