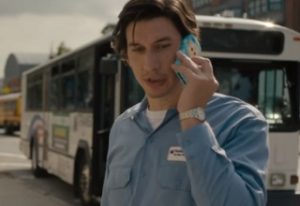 Paterson is a bus driver and poet in the city of Paterson, New Jersey. He follows much the same pattern every day, until one day, when a small disaster occurs. This is the plot of the upcoming drama Paterson, directed by Jim Jarmusch.
The film stars Adam Driver, Golshifteh Farahani, William Jackson Harper, Chasten Harmon, Kara Hayward, and it will be distributed by Amazon Studios starting December 28.
The track used in the trailer is “I’m Still A Man (Lord Have Mercy)” by the soul singer Willie West.