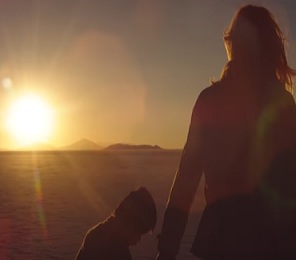 Salt and Fire is an upcoming thriller directed by Werner Herzog, about a scientist who blames the head of a large company for an ecological disaster in South America. The situation changes when a volcano begins to show signs of erupting, and they must cooperate in order to avoid a disaster.

The cast includes Michael Shannon, Gael García Bernal, Anita Briem, Werner Herzog, Veronica Ferres and Lawrence Krauss.
Salt and Fire has its premiere at the Shanghai International Film Festival, in June, and it was selected to be screened in the Special Presentations section at the 2016 Toronto International Film Festival.
The release in Germany is scheduled for November 17, 2016 and the release in France is scheduled for December 7.