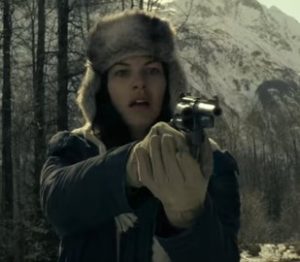 Two brothers in debt, faking a disappearance in the Alaskan wilderness in order to escape a local thug, must fight for survival as their hoax turns out more real than they planned – this is the plot of the upcoming thriller Sugar Mountain, written by Abe Pogos and directed by Richard Gray.
The film stars Jason Momoa, Cary Elwes, Drew Roy, Haley Webb, Shane Coffey, Anna Hutchison, Melora Walters, and others, and is scheduled to be released in the US theaters and on iTunes on December 9.