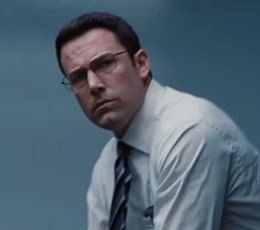 A seemingly normal small-town public accountant who uncooks the books of dangerous criminal organizations – this is what The Accountant is about.
The action thriller starring Ben Affleck in the leading role, as Christian Wolff, is directed by Gavin O’Connor, and features also Anna Kendrick, J.K. Simmons, Jeffrey Tambor, Jon Bernthal, and John Lithgow.
It was released in the US theaters on October 14 and it has grossed $30.1 million in North America and $3.6 million in other territories in only four days.
The song playing in the trailer is “Everything In Its Right Place” by Radiohead.