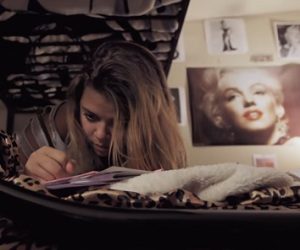 Somewhere in the Mojave Desert, there is a high-school for last chances, where the hardest lessons are drawn from life, where “bad kids” have a chance to make good, thanks to a group of teachers who take an unconventional approach to improve the lives of those students.
They all are the subject of the documentary “The Bad Kids”, directed by Keith Fulton and Louis Pepe, showcasing that love, empathy
and life skills empower those youngsters to build themselves a future.
This coming-of-age story, filmed at Black Rock Continuation High School, was awarded the US Documentary Special Jury Award at the
Sundance Film Festival, this year.
The track used in the trailer is “This Town” from the film’s soundtrack album, by Mike Craftsman feat. Joey Craft.