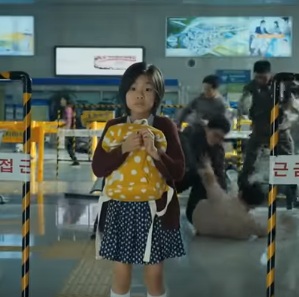 Train to Busan is a South Korean horror film following a group of passengers struggling to survive on the train from Seoul to Busan after a zombie-virus breaks out in South Korea.

Written and directed by Sang-ho Yeon, the movie stars Gong Yoo, Jung Yu-mi and Ma Dong-seok, and it is the first Korean movie of 2016 to break the audience record with over 10 million theatergoers.
Train to Busan was released this summer, on July 20 in South Korea and on July 22 in the United States.