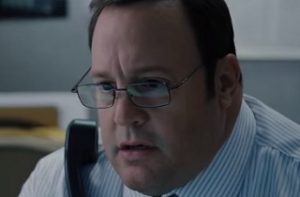 Kevin James is a would-be author mistaken for an assassin after his fictional novel “Memoirs of an International Assassin” is published with the word “True” in the title. Thus, his life is turned upside down as he is kidnapped, taken out of the country and forced into an assassination plot. This is the plot of the upcoming Netflix original film “True Memoirs of an International Assassin”.
Directed by Jeff Wadlow, the action comedy stars also Andy Garcia, Kelen Coleman, Andrew Howard, Rob Riggle, Kim Coates, Maurice Compte and is slated to hit theaters on November 11.
The track used in the trailer is “Shoot Out” by John Ottman.