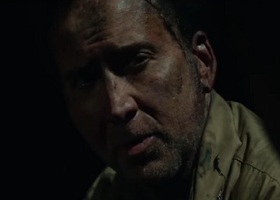 Nicholas Cage plays Captain Charles Butler McVay of USS Indianapolis, in the upcoming action-adventure war film USS Indianapolis: Men of Courage, about the greatest naval disaster in American history, namely about the crew of the Portland-class cruiser, who were stranded in the Philippine Sea for five days, in 1945, after delivering parts of the atomic bomb that would eventually end WWII.
Directed by Mario Van Peebles, the movie shows how the 300 crewmen remain without food and water in the shark-infested waters and face death every single moment.
The cast ensemble includes also Tom Sizemore, Thomas Jane, Matt Lanter, Cody Walker, Emily Tennant and others.
USS Indianapolis: Men of Courage was released in the US theaters on October 14.