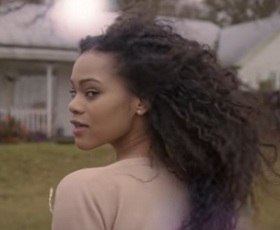 Black Mirror is set to return on Netflix with its third season, on the 21th of October.
Fans of this TV series have had the surprise to hear a quite creepy song playing in the official trailer released by the streaming media provider, which is not available on the internet.
The track, with the following lyrics: “Mirror, mirror on the wall/Show me the future”, has been created specially for the third season of the series.