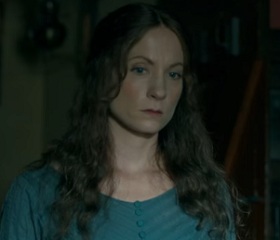 Dark Angel is a two-part drama series, following Mary Ann Cotton, Britain’s first female serial killer.
Cotton, played by Joanne Froggatt, used to insinuate herself into unsuspecting families and poison her victims with arsenic, without leaving therefore no visible scars. Moreover, she created new families of her own, that had the same terrifying ending. With no mercy at all, she took the victims’ money, killed them and then moved on.
Mary Ann Cotton ended the life of 21 people and was hanged in 1873. Based on an investigation into Cotton’s crimes by David Wilson,
professor of criminology at Birmingham City University, the series stars on ITV on Monday, October 31 (her birth date), at 9pm.
The track used in the trailer released by ITV is a cover of Gnarls Barkley’s single “Crazy”.