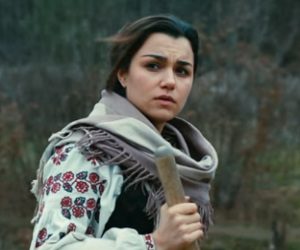 Bitter Harvest is a drama film centered around two lovers from Ukraine struggling to survive the Soviet famine of 1932–33.
Inspired by true events, the movie is a story about love, honor, rebellion and survival during one of the most dramatic and dangerous episodes of 20th century Europe.
Directed by George Mendeluk and shot on location in Ukraine, with soundtrack music by Benjamin Wallfisch, Bitter Harvest stars Max Irons, Samantha Barks, Tamer Hassan, Barry Pepper, Terence Stamp, Lucy Brown, Jack Hollington and others.
The release in the US theaters is slated for February 2017.