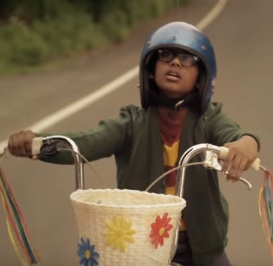 Everyones remembers that time in their life, when all they wanted to do was fit in, but discovered it’s better to stand out – this is what the 10-year-old Indian boy Smith wants to do in the upcoming drama film Growing Up Smith.

Set in 1979, the movie follows Smith and his family as they move to America for a better life. He has a crush on the girl next door and this determines him to have ideals different of those of his parents.
The cast includes Roni Akurati, Poorna Jagannathan, Samrat Chakrabarti, Jason Lee, Brighton Sharbino, Anjul Nigam, Hilarie Burton, Shoba Narayan, and others.
Growing Up Smith is scheduled to be released in the US theaters in February 2017.