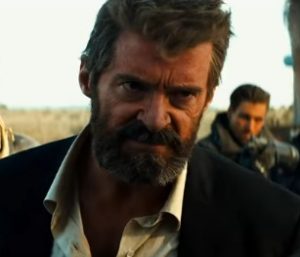 Wolverine loses his healing abilities, but he still have to fight. His enemy, Nathaniel Essex, leads a corporation that is destroying the world. This is the plot of the upcoming action sci-fi film Logan, scheduled to be released in theaters on the 3rd of March 2017.

Hugh Jackman and Patrick Stewart reprise their roles as Logan and Charles Xavier respectively, with many others joining the cast, such as Sienna Novikov, Boyd Holbrook, Doris Morgado, Elizabeth Rodriguez, Richard E. Grant.
The song playing in the trailer is “Hurt”, performed by Johnny Cash.