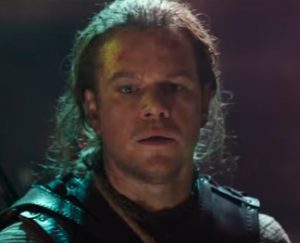 The Great Wall is an upcoming historical action thriller film starring Matt Damon, about an elite force making a heroic stand for humanity on the world’s most iconic structure, the Great Wall of China.

The movie is the first English-language production of director Zhang Yimou and also the largest film ever shot entirely in China.
The cast members include also Jing Tian, Pedro Pascal, Willem Dafoe, Hanyu Zhang, Eddie Peng, Lu Han, Kenny Lin, Junkai Wang, Zheng Kai, Cheney Chen, Xuan Huang and Andy Lau.
The Great Wall is scheduled to be released in China theaters on December 16, 2016, and will be released in the US theaters on February 17, 2017.