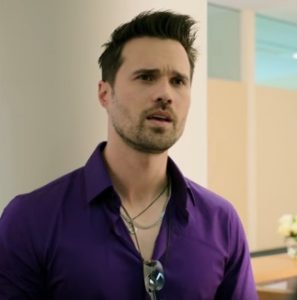 2017 Movies: The Resurrection of Gavin Stone

The Resurrection of Gavin Stone is a comedy drama following Gavin Stone, a Hollywood bad boy forced to do community service at a local church, who discovers, after cheating on those around him to play the part of Jesus in their annual Passion Play, that the most important role of his life is far from the home of the US film industry.
Directed by Dallas Jenkins, the film stars Brett Dalton, Anjelah Johnson, Shawn Michaels, Neil Flynn, Liam Matthews, D.B. Sweeney, Tim Frank and others.
The song used in the trailer is “Limitless” by Colton Dixon.